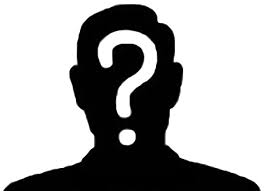 ‘Don’t be too successful and chase the men away’ she said and I replied; ‘if a man is scared of my success then that’s not the kind of man I want to be with’…so I looked at him and asked ‘are men really scared of strong successful women?  He pauses for a while then says; ‘the honest truth is men like strong successful women and every woman wants same from her man but there is more going on than merely a meeting of the minds’.

Hmmm and that got me thinking right! What never really occurs to any of us is that:
We are being evaluated on far more than our most ‘impressive traits’.

Sometimes these traits come with a significant downside that is painful to acknowledge. Take me for example right! I’m a reasonable person (at least I think I am), I’m fairly independent, I’m smart, great sense of humor, I can hold a good conversation and so on; but right behind my good traits are a series of bad traits. Anyone who knows me to a certain level can testify to that:

We all have that perception that it’s hard meeting people who would appreciate our qualities. I mean what we think is great and what we’re putting out there, and how people actually see us tends to be very different.

At some point I believed I was unlucky in love with a penchant for attracting emotionally unavailable men and assclowns. I often described myself as ambitious, a go-getter, outgoing, attractive, intelligent, and then some more. Whilst there is no escaping the fact that I did go out with men who acted like assclowns at some point, it was a bit of a shocker to discover that on a deeper, honest, reflection, I was aloof, picky, sarcastic, pushy, and often times difficult where I thought I was having fun and being ‘entertaining’.

It’s always very easy to focus on the surface qualities that we believe are our selling points and totally ignore other more important characteristics and behaviors that may possibly be impacting on our ability to have relationships. It doesn’t matter how intelligent, pretty/handsome or ambitious you are; if you’re afraid of commitment and subconsciously sabotaging anything that may lead to it.
There’s no point in being beautiful/handsome if you don’t act that way or harbor beliefs about your own abilities that impact on your self-esteem. We also have to accept that if we can find faults and flaws with others…that people will find those with us too. No one is perfect.

It’s not about taking the onus off the people that don’t appreciate us for who we are but it is about taking responsibility for who you are and recognizing that not everything about you is that wonderful. I used to be able to list countless faults (infact I could write a book if I had to) about the men I met and dated, but rarely paid attention to my own flaws. It’s so easy for us to mention the faults of others and not look at ours. It’s so easy to blame the ex on everything that went wrong in the relationship and forget we were also part of the relationship (it takes two to tango). At some point in my life I realized that, who I thought I was and who I really was had to reconcile and in that, I hope I’m able to forge far better relationships from an honest level.

So next time you bemoan your relationship luck and list your surface qualities, view yourself from another person’s perspective and even play back recent dates and scenes from previous relationships in your mind.

Could you be doing something differently?

Let me know your opinion

Your thoughts and be nice

Blogs that tickle me fancy